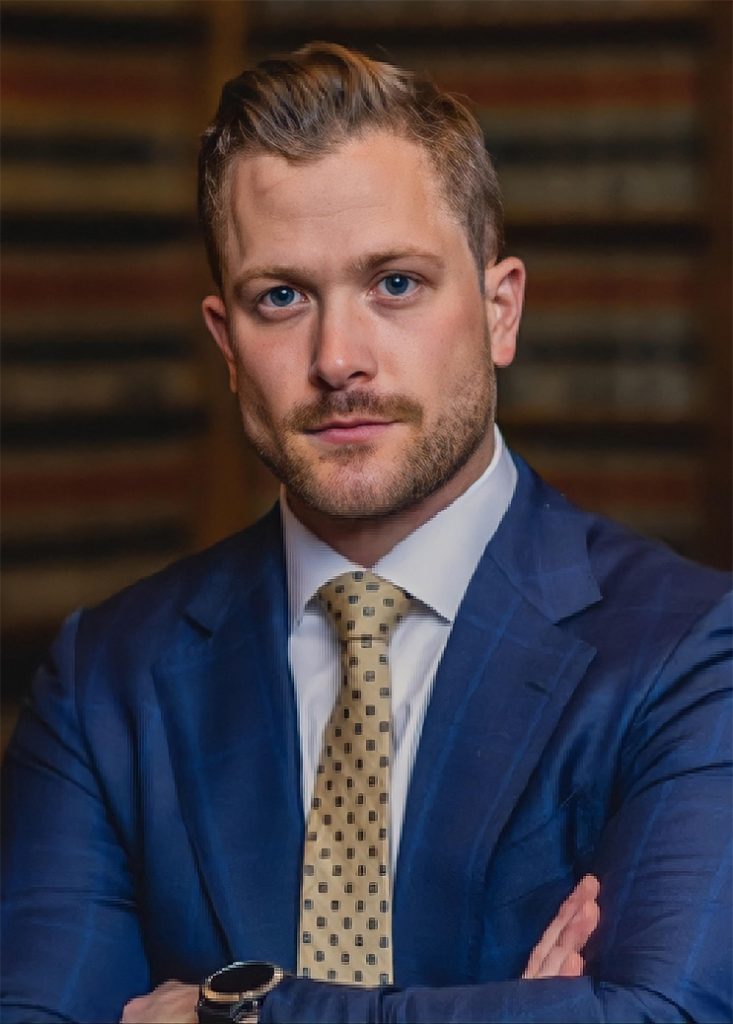 As an attorney at The Beasley Firm, Pete represents individuals that have suffered some form of catastrophic loss. On their behalf, he has litigated, tried, and successfully resolved numerous six and seven-figure personal injury claims ranging from medical malpractice to premises liability actions. His broad practice areas include medical malpractice, premises liability, products liability, sexual assault, as well as defamation, and related privacy torts.

Pete is widely regarded as an aggressive advocate and has been recognized by Pennsylvania Super Lawyers as a 2019 and 2020 Rising Star. This designation places him among the top 2.5 percent of attorneys in the state who are 40 or younger or practicing 10 years or less.

Some of Pete’s results include a number of six and seven figure recoveries at trial. Examples of his results are a $7.5 million recovery in a wrongful death claim on behalf of the family of a child, a $5.5 million result after a week-long trial alongside of Jim Beasley, Jr., and a confidential result in a premises liability claim that was also one of the first civil jury trials to take place in Pennsylvania during the COVID-19 pandemic. Trying a case to a jury during a pandemic is a challenge for any litigator, but Pete, along with his co-counsel Lou Tumolo, easily presented a strong case to a “socially distanced” jury. This particular result is a testament to Pete’s creativity, skills and effectiveness. The case resolved for a significant sum.

Before joining the Beasley Firm in 2018, Pete worked as an assistant district attorney in the Chester County District Attorney’s Office. During his tenure there, he was involved in the prosecution of a significant number of felony grade charges such as murder, attempted murder, attempted rape, and kidnapping. He draws on his experiences advocating for crime victims when advocating on behalf of his clients at the Beasley Firm.

During law school, Pete was a standout, garnering national and scholastic awards for his abilities in both oral and written advocacy. At Drexel Law, he participated as a member of his school’s selective law review and moot court boards. He graduated as the only student in his class to have authored legal articles published in multiple academic journals. Specifically, in spring 2015, Pete drafted an article that placed first in the University of Pennsylvania’s national Public Interest Essay Competition. The University of Pennsylvania published that same article a short time later in its prestigious law review. Pete authored a separate article, also in spring 2015, which was one of only several student submissions selected for publication in the 2016 winter edition of Drexel University’s law review. Additionally, Pete participated in Vanderbilt University’s National First Amendment Moot Court Competition. Again, his authored brief took first-place, winning the “Best Brief” award in a competitive field comprised of thirty law schools from across the nation.

Pete was recognized as the “Best Student Performer” and received the “CALI Excellence for the Future Award” for his participation in Drexel’s basic trial advocacy course. During the course’s final mock-trial, Pete cross-examined a defense expert and delivered a closing argument on his way to securing a multi-million dollar verdict. It was far and away the largest award obtained among his classmates that semester. Given his performance, Pete was later asked to teach students in that class as a professor’s aide.

Pete attributes his competitive edge and desire to win to his days as a collegiate football player. He graduated from Susquehanna University in 2010 – where he was a four year Varsity letter winner. During his senior year, Pete’s coaches and teammates selected him as team captain, and, team M.V.P. As captain, he led his team to its first winning season in nearly a decade, and its first league championship in nearly two decades.

Pete leverages his former experiences as a standout athlete, litigator, and prosecutor to secure justice for aggrieved individuals and optimize his client’s results.