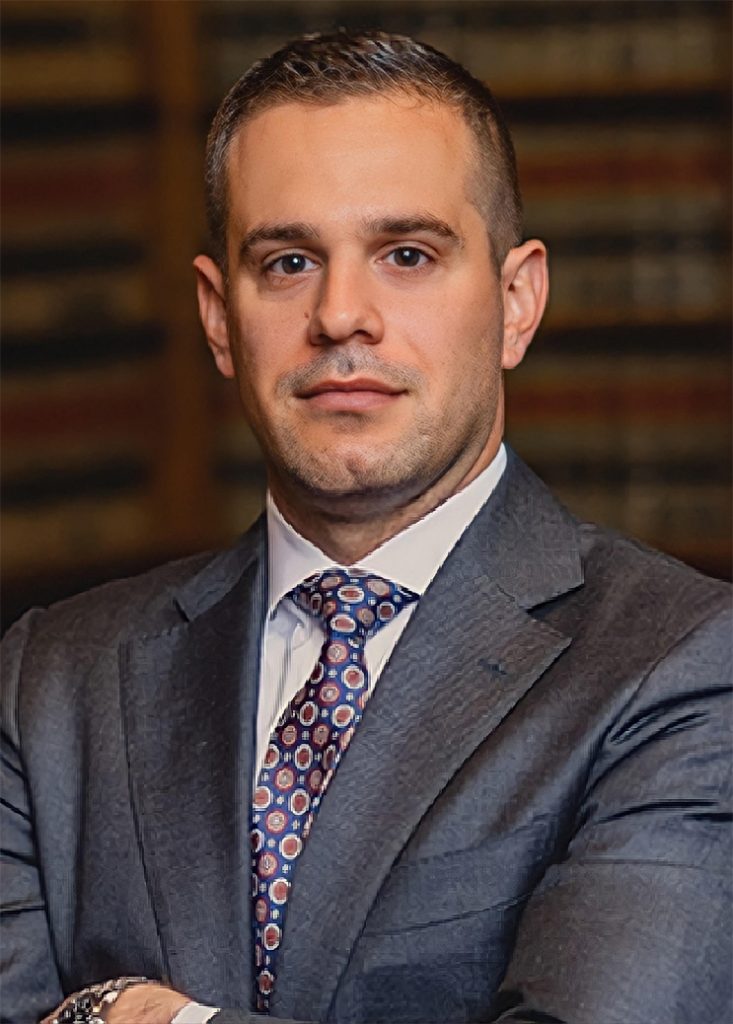 Lou is a trial attorney that has dedicated his legal career to fighting for victims, first as a homicide prosecutor and now as a civil plaintiff’s attorney. His practice is focused on complex civil litigation, specializing in medical malpractice, catastrophic personal injury, and defamation actions. Lou was named a Pennsylvania Super Lawyer Rising Star in 2019 and 2020, a designation awarded to the top 2.5 percent of attorneys under 40 based on committee and peer nominations.

Recently, Lou served as a panelist for the Chester County Bar Association Continuing Legal Education program, “Tips for Civil Trials in Chester County during COVID-19”, where he advised other lawyers of the challenges faced while advocating for their clients during a pandemic. He was asked to serve as a panelist after becoming one of the first lawyers to return to the courtroom during the COVID-19 pandemic and complete a jury trial. Despite the pandemic, Lou has recovered nearly $14 million dollars for his clients since March 2020.

Prior to joining The Beasley Firm, Lou was promoted to the Homicide Unit within the Philadelphia District Attorney’s Office in record time. He was trusted to handle some of the most high-profile and complex cases in the City of Philadelphia, including the murder of a uniform police officer, a fatal stabbing in center city Philadelphia, and other heinous crimes.

Most recently, Lou obtained a multi-million-dollar confidential settlement on behalf of a young girl who suffered a severe hypoxic brain injury at birth resulting in global cognitive and physical deficits and delays. This settlement was reached mid-trial after Lou and Jim Beasley, Jr., presented damaging expert testimony which proved an emergent cesarean section was required and the delayed delivery was the direct cause of the injuries.

Lou also served as co-counsel and obtained a substantial, confidential settlement on behalf of a young boy who suffers from cerebral palsy due to negligent labor and delivery management. With tireless preparation, Jim Beasley Jr. and Lou Tumolo identified areas of substandard obstetrics care. They also determined a physician and his staff added a false entry into the medical chart. Lou’s skills and expertise developed as a homicide prosecutor exposed the physician and his staff for this fraudulent entry which significantly strengthened the claim and put their client in a much better position.

Other recent recoveries include a settlement for the family of a young boy killed by the careless operator of a motor vehicle while the boy was riding his bicycle. In another wrongful death lawsuit, Lou recovered a substantial, confidential sum for the family of a middle-aged man who suffered a fatal heart attack post-operatively, in the recovery room, due to the physician’s failure to formulate a plan to safely manage the patient’s cardiac history.

Born and raised in the Philadelphia area, Lou received a Juris Doctorate degree from Rutgers School of Law – Camden and an undergraduate degree from Saint Joseph’s University. Outside of the courtroom, Lou serves on the board of directors for a non-profit organization, Programs Employing People. Programs Employing People serves nearly 300 individuals with an intellectual disability each year by providing education, recreation, vocational training, and job placement serves. He is a member of the Philadelphia Bar Association, Justinian Society, and Philadelphia Trial Lawyers Association. Lou is admitted to practice in Pennsylvania, New Jersey, the Eastern, Middle, and Western U.S. District Courts of Pennsylvania, and the United States District Court, District of New Jersey.